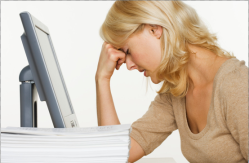 Continuing from last month’s post (The Care and Preservation of Your Digital Assets), digital assets do not necessarily have to have monetary value.  Many people store their modern day diaries i.e. blogs or similar writings on their computers, along with photographs and other matters of sentimental value.  In a famous but tragic case, a young marine deployed in Iraq wrote regularly on his Yahoo! account (email and blog) about his experiences.  He was killed in action and his mother wanted access to his account so she would have a record of his writings about his service.  Yahoo’s policy was to delete the accounts of a deceased user.  Without a plan for dealing with his digital assets, his mother had to go to the probate court, which while it ultimately ordered Yahoo to turn over copies of the emails, did not give the family access to his account.

Another example of the difficulties presented when one does not account for his or her digital assets in their estate plan was presented in the case of a gentleman who died in a motorcycle accident.  The usual advice in such situations involves the representative of the deceased (in this particular case, his mother) collecting and going through the mail for some period of time (typically several months) to try to determine what assets there are (for example, bank accounts or brokerage statements) as well as liabilities (for example, credit cards statements or other monthly bills).  However there was no “mail” to provide this information, as this gentlemen, like so many of us, had gone “green”.  He did not get paper statements.  How was his mother to get his information?

Believe it or not, it took a court order to get a company who “does such things” to break into his computer (most companies will not do so without court authorization even in this “innocent” situation).  Once access to his computer was obtained, she found out that his paycheck was directly deposited into his bank account and a portion was then transferred to his E*Trade account to purchase stock in designated companies.  All of his bills were received electronically and paid on-line.

The hurdles and hoops that this mother had to go through while she was trying to deal with the grief of losing her only son, could have been avoided by some very simple estate planning and foresight.